I'm not real big on "year in reviews" but it's hard not to look back and do just that at this time of year. That being said, I'l try to keep this short. 2012 has been a good year for both me and Mesy Comics. I had no idea where I was going when I started this in January but it's lead to some good places: Got to do some art for Parry Gripp, got to give thanks to one of my childhood heroes, Mark Kistler, and got myself creating again. I'm proud of the work I've done this year and very grateful for all the support I've gotten from family, friends and even a few new readers! It's been a fun journey.

This year I was also blessed with a new baby girl (a lot of the reason why posts have dropped off the last few months) and I've been enjoying spending time with her and the family.  I plan to make that a priority next year as well. I'm not putting the comics aside but I doubt I'll post as much stuff in 2013 as I did in 2012. I don't know that would be possible even without the baby. Most of the old stuff has already been posted.

Still, I'm optimistic about the future of Mesy Comics. I have high hopes 2013 will bring just as much cartoon fun for me as 2012 did. I'm looking for to what new stuff I can come up with as well as digitally remastering more of the old. To end the year, I've drawn this comic to commemorate my optimism. I hope you enjoy it.

Thanks for reading and hope you all have a happy new year! 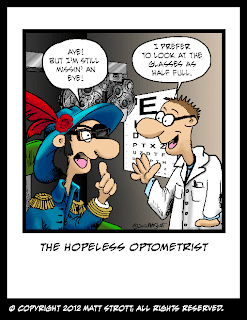