This may offend some animal lovers. You should know I have never once eaten a sea cow, but I'll bet it's delicious. 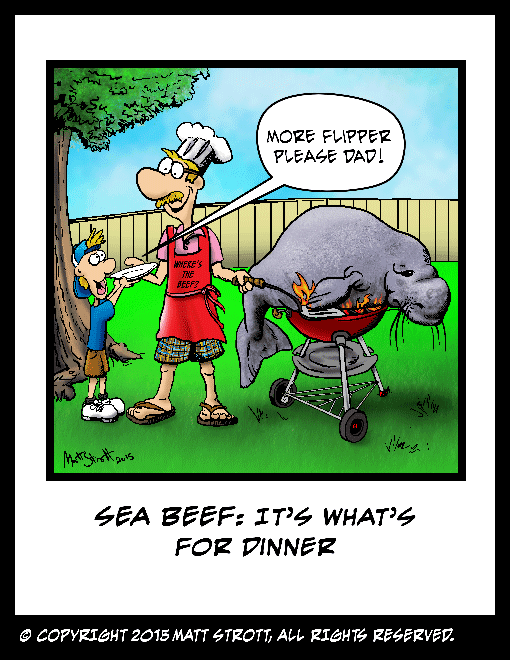 Posted by Unknown at 8:40 PM No comments:

I made this cartoon illustration for my dad who turned 70 today! He's been a great father and the hardest working man I know. He'll down-play his intelligence but he got a superlative mind for all things mechanical. He spent his working days as an auto worker and was always fixing everyone's car we knew when I was growing up. He's built houses, cleared land, raised barns...you name it. My dad has an amazing talent for building and fixing things. He reads manuals and schematics for fun. I think he would have made a great engineer.  A great family man and provider, my dad modeled what a dad should be: Strong, loving, charitable, kind, loyal, hard working and good-natured. He's helped make me what I am today and I hope my kids look back on their time with me and feel the same about me.

I'm so glad I got to spend the day with you today dad. I love you. Happy 70th birthday! 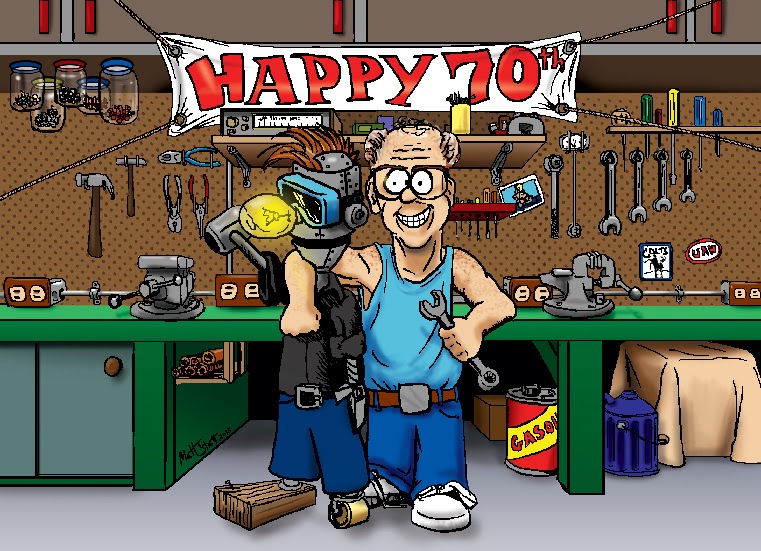 Posted by Unknown at 5:48 PM No comments:

Friends of mine have wondered how the terrorist attack on the Paris satirical paper, Charlie Hebdo earlier this week, has affected me. As a cartoonist I draw what I think is funny. I don't intentionally attack anyone. I generally refrain from creating political or religious statements. I'm a gag cartoonist.  I make myself laugh and hopefully a couple of other people along the way. I know my stuff is not for everyone and I'm sure there are plenty of people out there that find my work offensive but it would never occur to me that someone would want to shoot me over a stupid cartoon.

This week, I was made aware of just how real that possibility is. Like most people in America I take my free speech for granted and it takes a horrible act like this shooting to get my attention and really think about how lucky I am to live in a democracy. More than that, it makes me realize that freedom is not free. It's not a cliche, it's the truth. We may not be fighting with muskets and bayonets like the sons of liberty who formed this nation but we are fighting in our words and our deeds: every day and in every election.

Would I lay down my life to defend these liberties? I would.

I'm not eager to die but if I get killed over some cartoon I drew, then whatever I said was worth saying. I have no regrets. You may not like what I have to say but I have the inalienable right to say it. 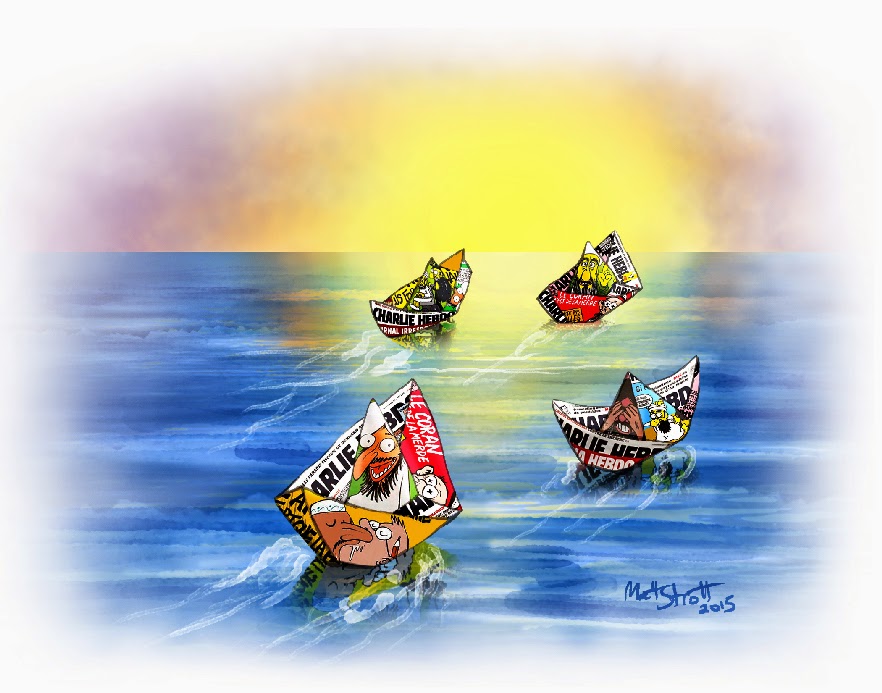 Posted by Unknown at 8:06 PM No comments:

I wasn't planning on doing another Sketch Dailies this week but somebody requested I do today's topic of Tic Toc Croc from Peter Pan. Since it felt more like a challenge than a request and I can't back down from a challenge I obliged.

I call this one "Half Passed Two O' Croc". 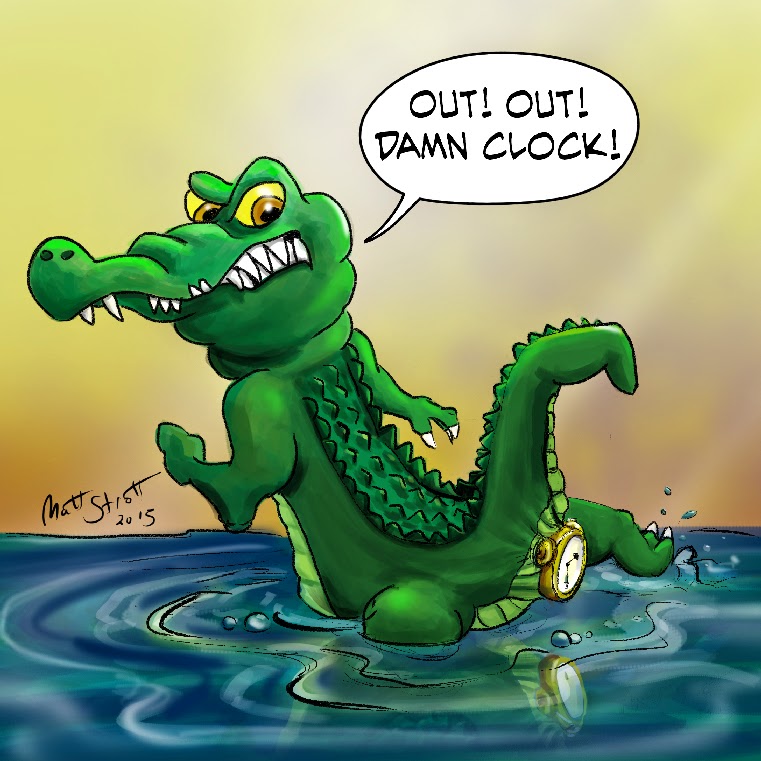 Posted by Unknown at 9:03 PM No comments:

Happy New year everyone.  Time to get back to making some comics now that the holidays are over. Figured I'd warm up with some SketchDailies. Today's topic is Kumiho.  No idea what that is so I Googled it.

From my thorough 60 seconds of research it seems this chick is a Korean mythological creature. A fox with 9 tails/demon kind of creature. She's also an anime character it seems. Here's my take. 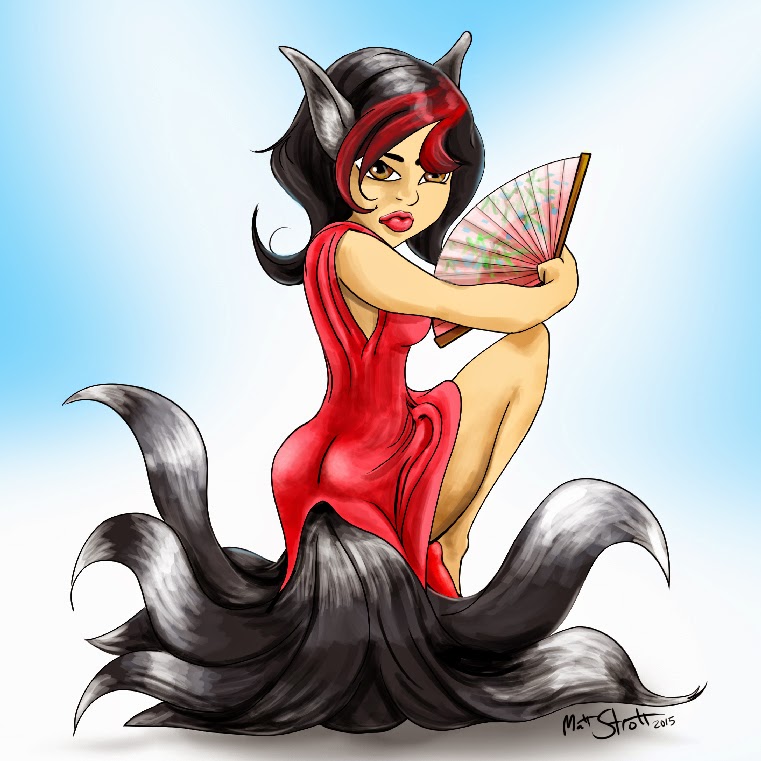 Posted by Unknown at 8:53 PM No comments: