It's hard to believe I haven't posted to this blog since July. A lot has been happening. If you don't care and just want to get to my Inktober, click on the jumbo shrimp and enjoy! If you'd like my work and want to know more, please keep reading after. 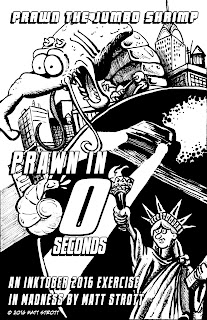 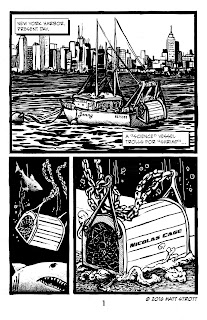 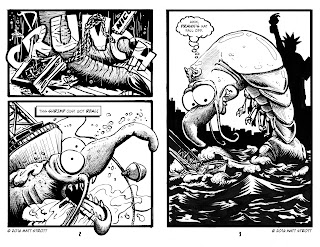 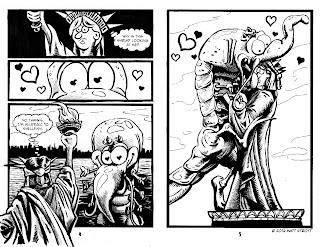 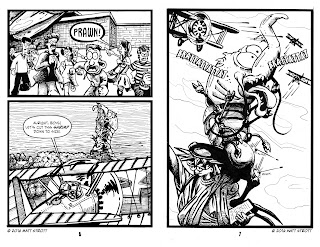 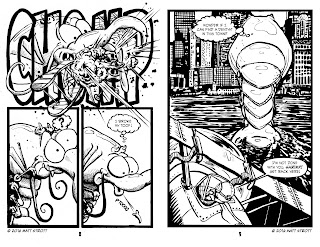 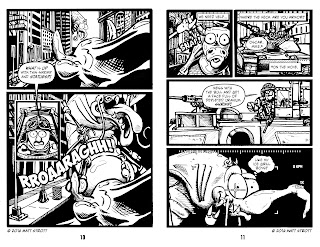 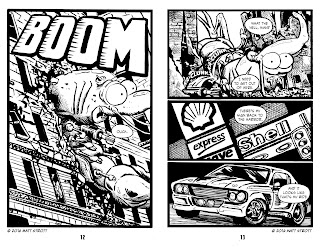 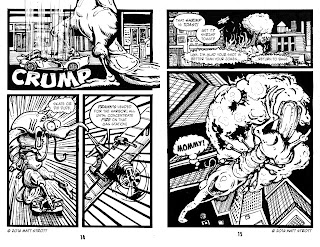 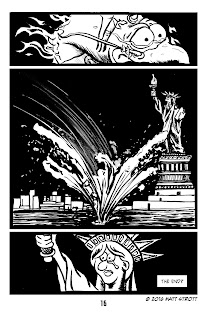 All in all I'd say Inktober 2016 has been a success. I got a 16 page ashcan comic under my belt and it turned out OK. It was great practice for what lies in store for me.

The impetous behind this comic was an off the wall comment I made on Twitter about how I should draw a comic called "Prawn in 60 Seconds" based on the character I had come up with earlier this year. It was just me being stupid but people actually liked it! I have trouble backing down from a challenge. The next thing I know it was on! October 1st hit and off I went armed with these tools and a half baked idea about a giant shrimp monster: 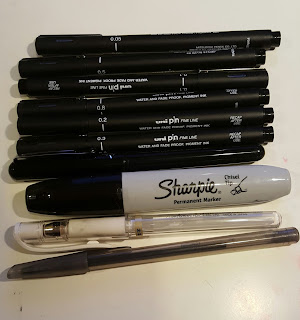 Really that's all there was too it. I had no plot. No thumbnails. Nothing. I made it up as I went like Keyser Soze I'm lucky it turned out halfway decent. (Always plot, script and thumbnail before you make a comic kids!) You'd think I'd know that by now but October was just too crazy with all that's been going on and I was forced to wing it.

So what's been going on?

LOTS!  I'll try to be brief. I put The Caped Sphincter comic on the back burner. Part of if was my usual summer slump. But then things really heated up for me. I did some sketches just for fun. Then I did a few marker sketches for people as thank yous for following my work. That lead to a request for my first commission! Around the same time I was asked to do a page for the Nottingham Comic Con anthology. I'm super honored to have been asked. There is so much talent in that book! I have to thank Mr. Kev Bret  and Mr. Tony Esmond from The Awesome Comics Podcast and Down The Tubes. for thinking of me. Then Jon Laight, the awesome writer of Brethern Born got in touch to do an all ages comic with him! Naturally I jumped at the chance. The dude is an awesome writer and writing long form comics is not my strong suit at the moment. I was secretly wishing I could work with a writer when Jon found me. Perfect timing!

Jon has come up with an exciting all ages spy family comic called Late Knights. We're only in the concept stages now but here's a sneak peak at the logo and the main characters.  Follow me on Twitter for more teasers and art. We're hoping to have the comic done in 2017! Fingers crossed! 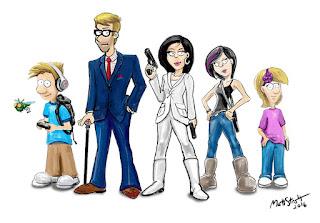 Thanks for stopping by and taking an interest in my work!